Awards, accolades and recognition. All have been an integral part of his life. Dr. Jaideep Dogra too takes them all in stride. "Being a doctor comes easy to me. There are times when I attend to patients at very odd times but am never plagued by fatigue," he says with a natural charm that is all his own. The soft spoken and down to earth doc hails from a family of able doctors. A medical practitioner with an intimate humane touch, he draws his inspiration from his mother. "She always told me to first be a better human being and then an able doctor. And I always knew that this is what I wanted to be. Her words have stayed with me. Drugs and medicines are just catalysts. It's the person's will that heals a patient," he says with a soft, nostalgic baritone. 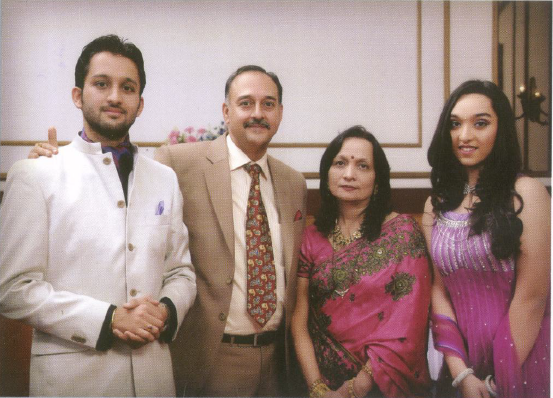 Born in Jodhpur, the physician completed his MD in Bikaner in 1986 from S P Medical College. He recalls how his patients even then had full faith and trust in him. Maybe it is the care he accords or his pacifying demeanor or an unspoken expression in his voice that says 'Don't worry, I'm here' ... Patients sure are smitten by his healing and swear by his prescriptions. As the conversation progresses, he can't help but excuse himself, for there is a constant flow of phone calls, with patients calling from all across the country and some of them internationally too. "Being a doctor is like a hobby for me. Diagnosis is engrained in my DNA. I never tire of attending to my patients, whether it is night or day," says Dr. Dogra. At the behest of his father, he moved to Jaipur in the year 1987 and has been in the Pink City ever since. Talking about the days when he was pursuing his doctorate, he shares, "Our first step was to diagnose the patient and then advice treatment. Over the years, this practice chiseled our clinical sense, but now irrespective of what the doctors learn, they first diagnose the patients and then recommend tests, and not treatments. Technology sure has made significant advances in the field of medical science but they are still an expensive proposition for many:" A firm believer in destiny, the ace physician thinks that a doctor just facilitates treatment and recovery in the patients, but at the same time he feels that it's the person's will and timing that help him heal.

While in Bikaner, Dr. Dogra had witnessed several cases of people being bitten by the sandfly (a peculiar desert insect) which would disfigure the victim's face and leave behind lifelong scars and pain. Moved by the plight of the women and children who were mostly bitten by this insect he proposed the medicine Dapsone that was essentially used to cure leprosy, as an alternative for treating oriental sore. He presented his first international paper on this at the International conference for Parasitology in Nairobi. He has also authored a book titled Breakthrough in Psoriasis Management. Being the recipient of the Young Scientist Award by the Indian council of Medical Research, he is the first Doctor to have successfully claimed a probable cure for Chlamydia Pneumoniae infection causing coronary artery disease, which in simple terms is a cure for Heart attack, depending on how acute the attack. His controlled preliminary trials have proven that an oral dosage of Azithromycin can clear blocked arteries. Though his experiments and findings are yet to be proven, Dr. Dogra through his painstaking efforts is sure to prove his hypothesis right. "The urge to find a cure for heart attacks came to me when I lost my father-in-law in the year 1991. Despite being treated by best doctors, he succumbed to the illness. Though his death was an irreparable loss, it moved me to find a cure for the disease," says Dr. Dogra. He has received various awards from ICMR, WHO and World Congress of Dermatology. An accomplished yet humble man, Dr. Jaideep Dogra's firm belief in destiny allows him to work incessantly towards contributing to his profession and the society. He has also been featured in a renowned American Publication (Who's Who of the world). His biography finds place in Times of India Book on eminent personalities. Dr. Jaideep Dogra's wife Neelam is also a doctor and is a senior faculty at the SMS medical college in Jaipur. They are proud parents of son Luvdeep and daughter Pearl. Following in his parents footsteps, Dr Luvdeep Dogra after doing his post-graduation MD Pediatrics from KMC, Manipal is now pursuing his DM Nephrology from Osmania Government Medical College at Hyderabad, while Pearl is pursuing her MBBS from University of Mauritius, Mauritius.